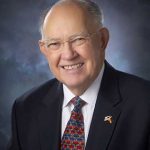 Induction Ceremonies to be Held on May 6, 2018 in Orlando, Florida

(Williamston-MI) – Martin Stark, Chairman of BEKUM America Corporation has been selected for induction into the Plastics Hall of Fame by the Plastics Industry Association. Mr. Stark’s selection to the prestigious Hall of Fame is a crowning achievement in a 48-year professional career. Stark is being honored as a result of his leadership not only at BEKUM America but also for his countless contributions to the development of the plastics industry over the past five decades. Induction ceremonies are scheduled Sunday, May 6 at the Orange County Convention Center in Orlando, Florida.

“I am honored and deeply humbled to be selected into the Plastics Hall of Fame and to be considered along with the so many of the great figures who have gone before me,” said Stark. “It has been an honor to work with the best team in the industry, and to help promote the growth of extrusion blow molding around the world.”

Martin’s love affair with the plastics industry began in 1969 when he immigrated to the United States from Germany. Following 12 highly successful years with the Battenfeld Corporation in Skokie, Illinois, Stark joined the newly established BEKUM America headquartered in Williamston, Michigan. BEKUM was established by its parent company (BEKUM Maschinenfabriken) in Germany to build its blow molding machines in the United States.

Stark began his tenure as BEKUM’s Materials/Operations Manager. Three years later he was named Vice President of Operations. He was named President and CEO in 1992, and Chairman of BEKUM America in 2010. Under his leadership, BEKUM America’s reputation grew quickly, establishing the company as the most influential blow molding manufacturer in North America, providing not only innovation and quality products, but also “world-class service,” a reputation it continues to maintain today.

Martin Stark has also been an avid supporter of expanding public awareness about the plastics industry and to educational programs that encourage career development for students. Stark was instrumental in establishing BEKUM America funded scholarship grants to local graduating high school students interested in pursuing a college education in engineering, plastics or manufacturing. He has established numerous partnerships and technology exchanges with several prestigious universities.

Stark has been widely recognized during his career with numerous awards, including:

“Martin has been directly responsible for encouraging employees and young people to grow and prosper in the Plastics industry,” said Owen Johnston, BEKUM America’s Vice President and Chief Financial Officer. “He is a man whose passion to ‘be all you can be’ surely made each of us who came in contact with him better people.”

BEKUM America was established in 1979 with the mission to introduce top quality blow molding machinery, designed to produce plastic bottles, containers and other large plastic parts in the North American marketplace, via blending German design and technology with American skill and ingenuity. Its target was to capture large multi-national customers, as well as owner/operator plastic bottle manufacturers as its customer base.