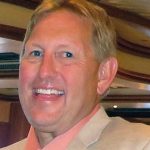 BEKUM America Corporation is pleased to announce the appointment of:

as BEKUM’s exclusive Independent Manufacturer’s Representative for its West Coast territory, to include the States of Arizona, California, Colorado, Hawaii, Nevada and Utah. This appointment is effective immediately.

Mr. Shipway holds an Electrical Engineering degree from the Milwaukee School of Engineering and has over 30 years of engineering and sales experience in the blow molding industry. Kim’s experience includes owning a “rep” agency which sold a competitive line of blow molding equipment, as well as having spent a number of years with Barber Colman (Eurotherm) selling machine controls solutions. He has authored numerous papers for ANTEC and SPE on blow molding, and has also set up “rep” organizations in the Asia and European markets.

Mr. Shipway replaces Mr. Fuhlrott who leaves the BEKUM Group after having admirably served in various capacities for Bekum since 1969. Most recently and since 1987, Karl represented BEKUM through Blomo-Pack Concepts, Inc.

BEKUM wishes much success to both Mr. Shipway and Mr. Fuhlrott.